The search for alternative cellulose fibers are leading to more innovative textile solutions. In this article we are looking at Nettles, Lotus and Mushroom Leather

Fibers from the common stinging nettle plant have been used since ancient times to produce cloth. Nettle fiber production goes back to the roots of civilization and for more than 2000 years people have worn clothes made from stinging nettle fiber. When cotton arrived during the 16th century, nettle clothing lost their popularity because cotton is easier to harvest and spin. The German army briefly used nettle cloth for their uniforms during the second World War when there was a shortage of cotton.

The 3 main sources for nettle fiber are European nettle, Himalayan nettle and Ramie.

The fibers in all three of these species come from the stem of the plant and there is no sting left in the fiber. Nettle fibers are white and silky and up to 5cm long.

Giant Himalayan stinging nettles grow wild in many mountainous areas and new shoots grow more than 3 meters a year. The vertical dead stalks are harvested after a year, making space for the new shoots that can then absorb CO2. It also promotes root growth which contributes to soil stabilization in landslide prone mountains. 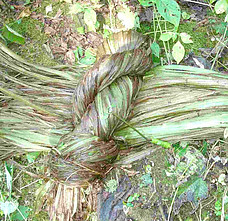 Ramie is also called Chinese nettle and is a perennial plant which grows like a shrub. Although it looks very similar to European nettle, it doesn’t have prickles. Ramie is one of the strongest natural fibers even when it is wet. Ramie fiber is white and lustrous and looks like silk, but it has no stretch or elasticity, so when making knitting yarn it is blended with 30% wool to give it elasticity. It doesn’t shrink and is resistant to mildew and bacteria so it will not rot.

The difficulty with nettle is to extract the fibers from the stems, which is a long and strenuous process. After cutting the nettles, the stalks are dried which removes the ‘sting’ from the stems. Once dried, the stalks are broken to remove the woody parts. The stems go through a process of water retting or dew retting to break down the cellulose outer layer and remove the sticky substances that surround the fiber bundles. Root retting, leaving plants to die first, is often used for Himalayan nettles. Once the bundles have been dried, they are then broken, either by hand or by passing them through rollers and the fiber is extracted.

Nettle fabric is very similar to linen, but stronger and a bit “stiffer” making it ideal for more structured garments.

The nettle plant grows almost uncontrollably, making it sustainable. It is naturally resistant to pests and diseases, (it is a weed after all!). Although the production of the fabric is labour-intensive as it is done by hand, it means no harmful chemicals are used and no pollution caused as is often the case with the production of other textiles.

New advances in spinning technology and cross-breeding, have produced high-fiber plants that are flexible, versatile, strong and has a good length of fiber for spinning.

Nettle cloth is expensive because of the intricate processing so is not widely used in the textile industry. Improvements in the processing methods will hopefully lead to this innovative textile solution being more widely used.

The latest luxury textile is made from the lotus flower and is another innovative textile solution. Lotus flowers grow in water and are growing naturally in many lakes in Cambodia and the surrounding Southeast Asia. The Lotus flower is an ancient symbol of Buddhist culture symbolizing inner determination and spirituality. 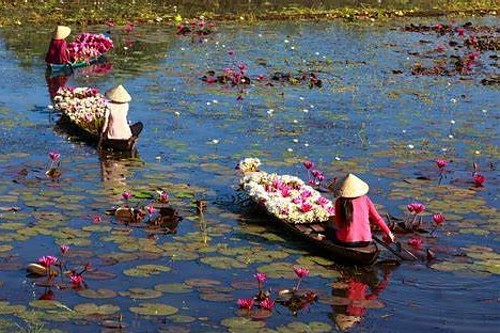 The seeds and leaves of the lotus flower have for many years been harvested for use in medicines and also as a food source. In recent years the reedy stems and flowers are being cut, dried and woven into fabric that is luxuriously soft and silky.

To make lotus fabric is a laborious process and a single length of hand woven material requires about 6,500 lotus stems. The whole process, from harvesting to spinning and weaving, is done by hand using traditional Cambodian techniques. Stems are cut by hand and within 3 days they are then bunched, trimmed and sliced.

The fabric is incredibly soft and light, naturally stain resistant and waterproof and the most ecological fabric containing no toxic products or chemicals. Lotus flowers are naturally waterproof and luxurious to touch. Fabric is organic and hand woven and an Eco alternative to cotton and silk.

The luxury cloth is very expensive, retailing at as much as $5,000 for a scarf, but as production and demand increases, this innovative textile solution will hopefully become more affordable to the general consumer

Replacing animal leather is possible and a vegetable alternative, called Muskin, has been developed from wild mushrooms. Muskin is completely made from the cap of Phellinus ellipsoideus, a gigantic, inedible mushroom species which is native to subtropical forests. These mushrooms feed on tree trunks, making them putrefy. By removing them from the trees it is also helping the trees. 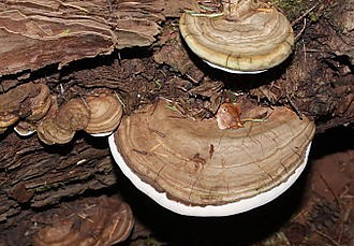 Mushrooms are harvested by hand and dried for up to a year. It is then peeled and hand processed. Although it is an elaborate process, no chemicals are used during the processing, making it nature friendly.

Muskin looks very similar to animal leather, but it is a vegan product which is organic, gluten free and chemical free. It has a marble velvety surface with high absorbency and anti-bacterial and antiseptic properties. Because the fibers are highly absorbent it can be used as insoles to absorb moisture in shoes and it has successfully been used to improve athlete’s foot. It is non-toxic and doesn’t cause allergic reactions so is ideal to be used for products that come into contact with the skin.

At the moment only 40 – 50 square meters of Muskin can be produced per month, making the leather suitable for use in limited edition collection. With all of us calling for a greener planet, this innovative textile solution will be explored more. 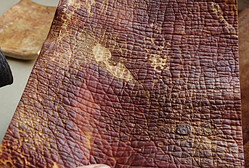 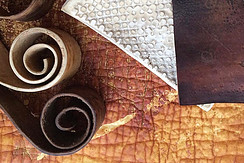 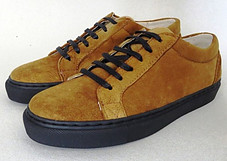